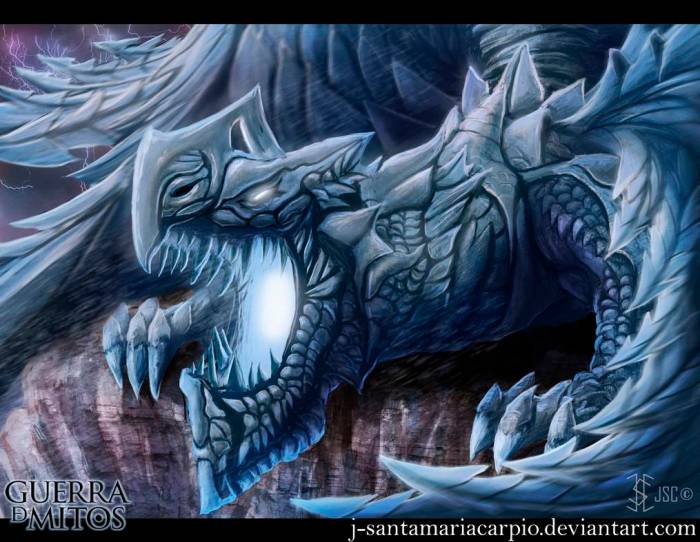 Javier created this artwork for the 2013 card game War Myths (Guerra de mitos), a game that pits Nordic, Egyptian, and Japanese gods against one another, published by Spanish-language game company GDM Games.  Check out Javier’s deviantart gallery, follow him on Instagram and Twitter, and see more at his ArtStation gallery. 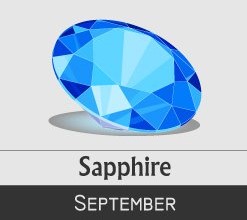 From the International Gem Society:

Although most associated with blue, sapphire comes in a wide variety of colors. In fact, this September birthstone, traditional and modern, occurs in every color except red. (Sapphire, by definition, is the non-red gem variety of corundum.)

Sapphires have many symbolic associations and a rich folklore. Traditionally, this stone was believed to protect your loved ones from harm. In the Middle Ages, Christian clergy wore blue sapphires as symbols of heaven. For many gem enthusiasts, these gems now symbolize wisdom, purity, and faith.

Up next is another Sapphire God, this one by Polish professional artist Rapti Mortengel, posting as raptorzysko.  She writes that this dragon is “from my someday-I’ll-finish novel. … Sapphire God is a guardian of wind, blue serpent with thousands of wings and tail long as horizon, living above the clouds, where flying stones are born.”  That sounds amazing, and of course I can I relate to the “someday-I’ll-finish-novel” idea…!

Next up we have Sapphire by American deviantartist Evan, posting as linsaangs.  I really like the design and colorings of this dragon, but the artist’s description and extensive backstory of their OC from the Wings of Fire book series was really intriguing!  Make sure to check out more amazing WoF fanart and descriptions at their gallery, and support their goal to acquire a service dog through Patreon or their Society6 shop (I might pick up the Bisexual Binturong sticker myself 😉 ).

Okay so this is Sapphire, he’s an Icewing/Rainwing hybrid and the only child of the Icewing queen (their story is set centuries before the [main series). … Sapphire] can only turn shades of blue + “invisible”, and he has the ice breath. There have been several assassination attempts on him from Icewings who don’t want a hybrid in the royal line, and as protection his mother assigned him Dreamcatcher from the night kingdom as his guard, since the Nightwing/Icewing [hybrid] could read minds and predict threats. She also decided [that Dreamcatcher] counted as her subject due to his Icewing blood [and] its a big f- off to those [prejudiced] against hybrids. A+ Mom. … 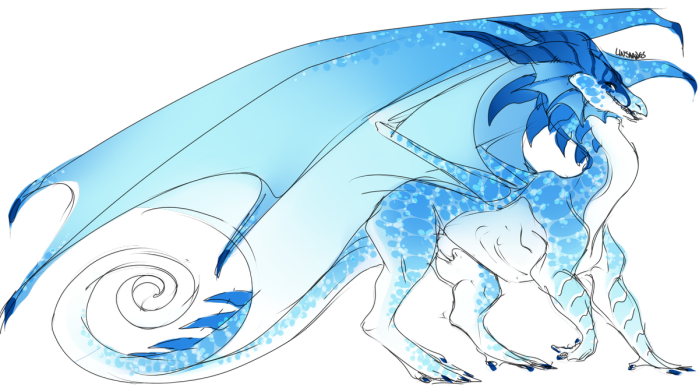 And finally, here’s a little cutie called Young Sapphire Water Dragon by French professional artist Vinvella Jaouen, posting as Aberhavre.  She writes that she finished this dragon just “To take the pictures, [and] I had my feet in the cold river water but it seems it was worth it!” I think so!  See more in her gallery, although this account has been dormant since 2015.

So a lot has been going on in my life since last month when I posted, but I’m planning a big update in the next few weeks before the October Birthstones dragons, so stay tuned for that!

As it is, I’m getting this one posted once again just under the wire, so I’ll just say thank you as always for reading, take care, and stay creative everyone!