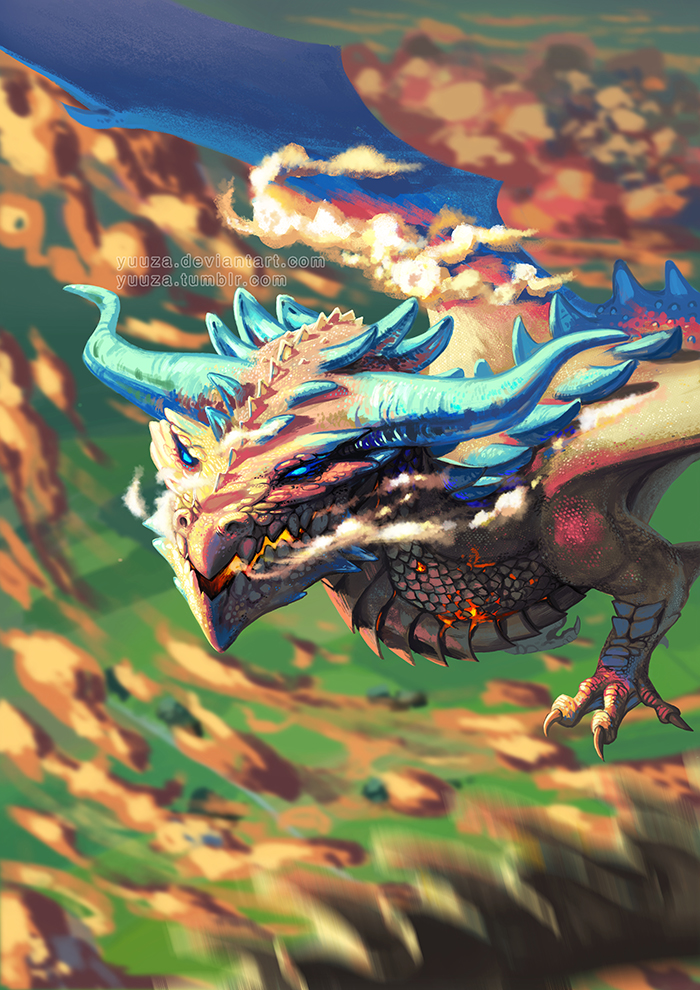 Welcome to the penultimate Birthstones Dragons Series II post, with happy birthday wishes to all my November-born readers!  I know I’m late again, but let’s start the celebration with this Topaz Dragon by Romanian professional artist Oana R. Birtea, posting as Yuuza.  She writes about this beautiful dragon posted back in 2015:

I just really love dragons, especially the scary looking ones.  But I haven’t drawn many in the past because my skill didn’t match my imagination and I was disappointed whenever I drew one. Even now, this dragon was initially meant to be a white dragon but I spilled a rainbow on it as usual.

The trouble with this artist’s caption is that actually, she has many amazing dragons in her impressive gallery, so go check them out for yourself!  You can also follow her on Facebook, Tumblr, and support her art on her Patreon! 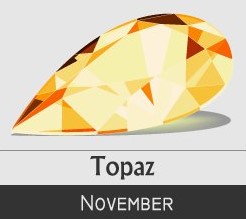 From the International Gem Society:

Once upon a time, before modern gemology, all yellow stones were considered topaz. In the early 20th century, gemologists defined topaz as a distinct gem species which included yellow as well as blue, pink, purple, and other varieties. So, the traditional November birthstone transformed into the modern version, yellow or golden topaz.

Historically, people believed golden topaz could attract wealth as well as protect the health of your mind and body. In particular, golden topaz could help your eyesight. Today, some view this gem as a sign of love and affection.

Then here’s a cutie called Topaz by Lithuanian deviantartist Cynderela2001.  I really like the leopard spots on this golden dragon, and the sharp details on the wings and tail.  This is just one of this artist’s unique dragons, plus they’re also doing an entire Pokemon series that’s really fantastic!  Go see more at their gallery. 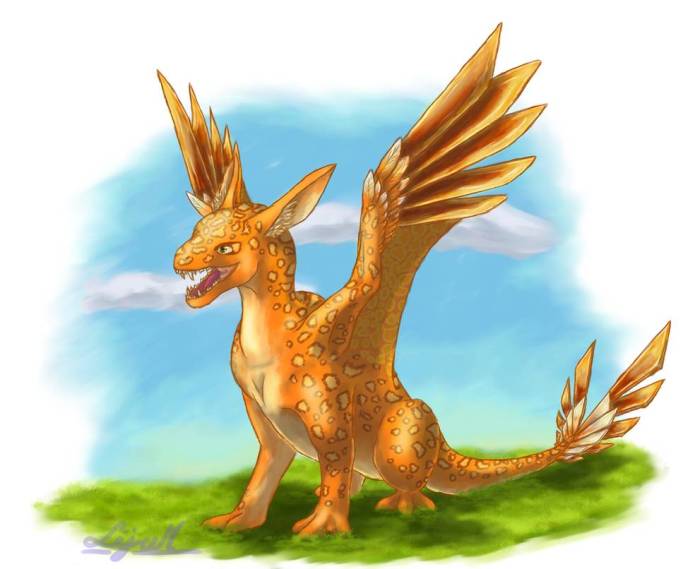 Up next is this Topaz Dragon by Taiwanese-American professional artist Aiden, posting as PutridusCor.  Their handle means “rotten heart in Latin” and has been this artist’s name forever — it also reflects a lot of their art on their Etsy store and Instagram.

But alongside that art, they also have some amazing dragons, including this one that they caption: “First of five!  They are part of a little project for my portfolio, just guess the company I want to send them..”  If I had to take a wild guess based on the composition of these pieces, the company is Wizards of the Coast, the owner of D&D, and you can find the other four dragons — Sapphire, Emerald, Crystal, and Amethyst — they created (and hopefully sent!) in their gallery. 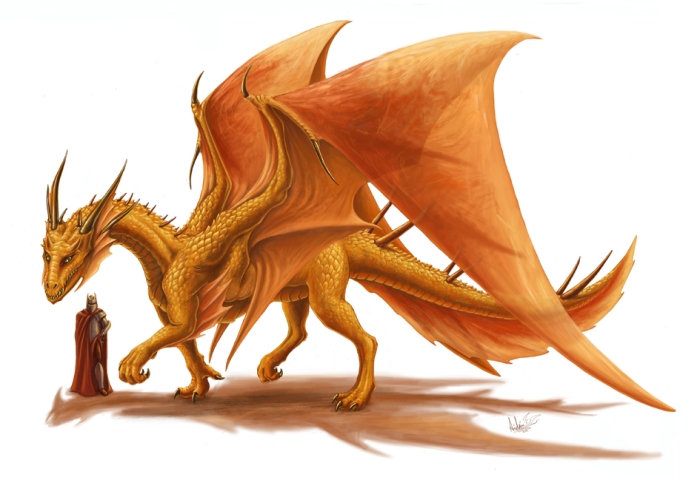 And finally, here’s one last cute topaz dragon called Stormp by deviantartist Charinqo.  A fanart image of the topaz dragon from the mobile game DragonVale, the design incorporates both the gold and blue topaz, and is the perfect finishing touch to this post.  You can see more of her artwork at both her ToyHou.se gallery and deviantart gallery. 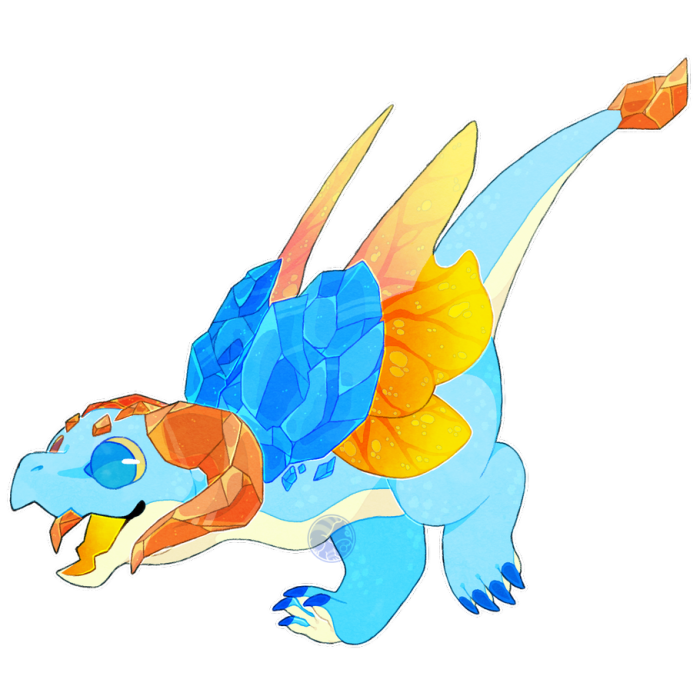 I’ve been so busy unpacking my new place in Florida, exploring the area, going to the beach (that’s still the best part!), playing pool again, making new friends through Pokemon Go and Wizards Unite, and finding a new job — which I started today!! — that writing hasn’t been my priority, I’m sorry to say.

But now that I’m about to settle back into a new, familiar routine of work, happy hour, then home, I’m hoping the writing comes back with it.  Thank you so much for your patience, thank you again for reading, take care, and stay creative!

Image credits:
+ Topaz Dragon by Oana R. Birtea, posting as Yuuza
+ Topaz image from the International Gem Society article What is my Birthstone?
+ Topaz by Cynderela2001
+ Topaz Dragon by PutridusCor
+ Stormp by Charinqo