Happy April birthdays folks!  Although here in Minnesota, we’re getting a blizzard and over 18 inches of snow this weekend, so no April showers bringing any flowers yet… >.<;  For your birthstone dragons, up first is Diamonds are a Dragon’s Best Friend by Polish professional artist Shiro the White Wolf.  You can find more awesome dragon designs in her gallery, including amazing handmade plushies, follow her on Facebook, and support her art though her Storenvy shop.

The name diamond is derived from the ancient Greek αδάμας (adámas), “proper”, “unalterable”, “unbreakable”, “untamed”, from ἀ- (a-), “un-” + δαμάω (damáō), “I overpower”, “I tame”. Diamonds are thought to have been first recognized and mined in India, where significant alluvial deposits of the stone could be found…. Diamonds have been known in India for at least 3,000 years but most likely 6,000 years.  Diamonds have been treasured as gemstones since their use as religious icons in ancient India.

Because of its extremely rigid lattice, diamond can be contaminated by very few types of impurities, such as boron and nitrogen. Small amounts of defects or impurities (about one per million of lattice atoms) color diamond blue (boron), yellow (nitrogen), brown (lattice defects), green (radiation exposure), purple, pink, orange or red. Diamond also has relatively high optical dispersion (ability to disperse light of different colors).

Up next is a piece called Diamond Sea Glaze by professional artist Static-ghost.  I previously shared another blue crystalline dragon by this artist in my latest Christmas Dragons post.  Check out her gallery for more dragons, cats, and Pokemon creations! 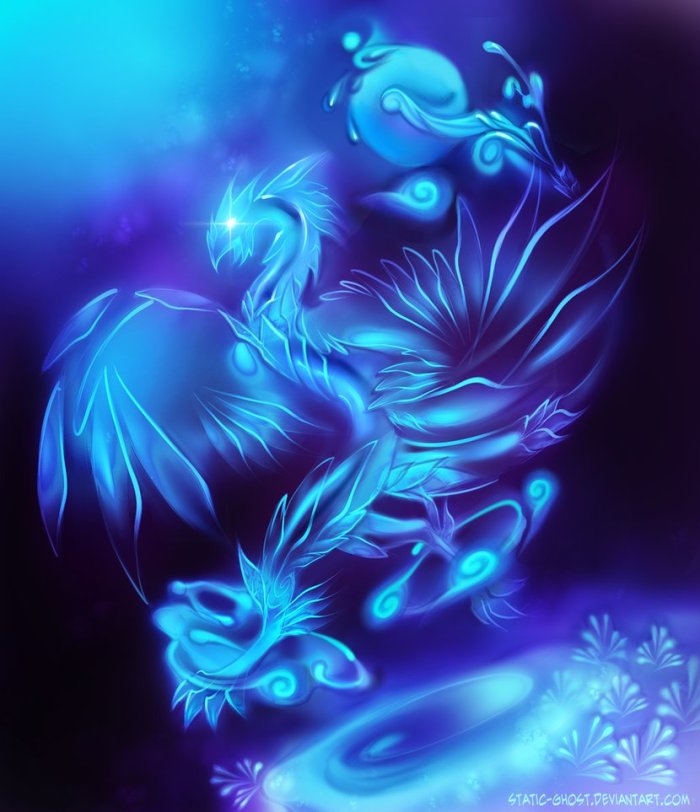 And of course, it can’t be a birthstones post without an entry from a super favorite of mine, American artist and crafter Amaze-ing Hats.  This is her April Dragon, sitting pretty holding her gemstone!  You can get a little crocheted dragon of your very own at her Etsy store and check out her gallery for more.

Then because I couldn’t just share white and blue dragons this month, here is the beautiful Diamond Butterfly dragon by French deviantartist PlagueMage.  This was a commissioned piece for Alana Mackenzie Willis, and is of a dragon species called Angellie created by fellow deviantartist PinkTabico.  I just love the butterfly ears and the color scheme — it’s bringing a little spring to my life during this blizzard!  Find more brightly colored creatures at PlagueMage’s gallery.

Moving right along, up next is another one of my favorites — this is the Diamond Birthstone Dragon by Lindy Briggs of How Many Dragons?.  You can order this design or something custom from her Etsy shop and see more sculpture dragons in her gallery.  About this pair, which is an update of her original April birthstone desgin, Lindy says:

This dragon’s body is still a bright, glittery white, and she retains the crystal clear rhinestone gems down her back and in her wings, but I redid the pose so that the birthstone gem would be more easily seen.  I also added silver horns and wings as a color option. I’d originally used just gold because I really like the contrast, but I’m really more of a silver person, so it seemed right to add another possibility for silver lovers. Which color combination do you prefer?  [I like the silver, myself!]

And now here is another glittery Diamond Gem Dragon by Polish professional artist Kamila Mrożek, posting as Diterkha, and owned by Kamila’s friend Zillyhoo.  I love the wing design, especially the above view!  That tail is also sharp and dangerous-looking.  (I actually featured Kamila in my 2017 AtoZ Challenge, check out her Temeraire piece, it’s great!)  You can also check out Kamila’s Weasyl page, her Tumblr, and of course her gallery for more amazing dragons.

While most of the time I think of diamonds being brilliant white or maybe colored, I was surprised to discover this next dragon by the amazing professional artist Candice C. Sciortino, who posts as Mythka — be sure to check out her archive of dragons-a-day in her gallery.  In her 2016 gemstone series, she created this Carbonado Diamond dragon, so of course I had to look it up, see below.

Carbonado, commonly known as the “black diamond“, is the toughest form of natural diamond. … Its natural colour is black or dark grey, and it is more porous than other diamonds. … The most characteristic carbonados have been found only in the Central African Republic and in Brazil, … [and] the origin of carbonado is controversial.

Some proposed hypotheses [include] (1) Direct conversion of organic carbon under high-pressure conditions in the Earth’s interior, the most common hypothesis for diamond formation; (2) Shock metamorphism induced by meteoritic impact at the Earth’s surface; (3) Radiation-induced diamond formation by spontaneous fission of uranium and thorium; (4) Formation inside an earlier-generation giant star in our area, that long ago exploded in a supernova; or (5) An origin in interstellar space, due to the impact of an asteroid, rather than being thrown from within an exploding star.

The more you know, right?  I found that very interesting and you can read more at the Wiki page.

And to finish off this April birthstone post, one black dragon deserves another, don’t you think?  Since I didn’t think we’d be seeing another How to Train Your Dragon image until next month, I was happy to find this piece called Shine Bright Like a Diamond by Portuguese deviantartist Alexandrina Custódio, posting as alexaAnime1.  After it was suggested by one of her fans, she calls this species a “Bright Fury,” which I think is great!  You can find more of her art in her fanart gallery or her original artwork gallery, and also follow her on Instagram and Twitter. 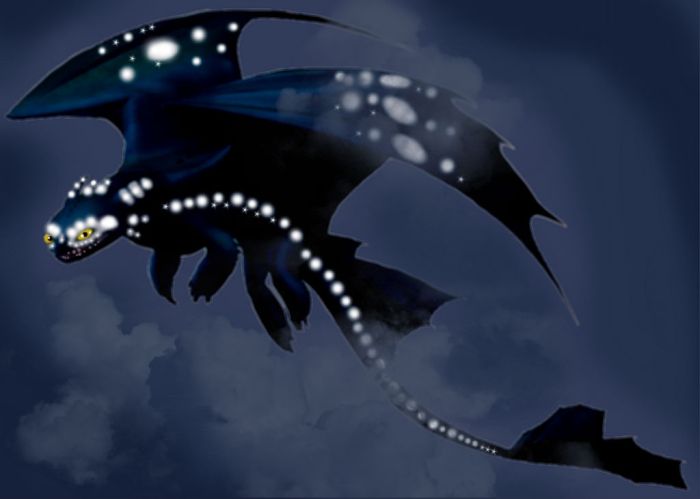 So that’s it for April diamonds, even though the 18″ of fresh snow outside my window makes me question if I’m even posting this in the right month… yeesh!  I’m a day late, but I’ve been having a blast with the April AtoZ Challenge and trying to keep up with all the reading and commenting on other blogger’s awesome posts!

Thanks as always for reading, take care, and stay creative!