I came across these adorable Night Furies as I was looking for a ‘Viking dragon’ in honor of the Minnesota Vikings’ big football games last week and tonight, and the title is just perfect — this is I’ve Heard Stories of Vikings… by American professional artist and animator Melissa van der Paardt, posting as sketchinthoughts.  Some of Melissa’s fans posted ideas about the conversation between these two cuties, so go check them out!

Then after browsing Melissa’s gallery, I have completely fallen in love with her many art styles, so I decided to continue this as her feature rather than share more Viking dragons tonight.  Maybe I’ll have a chance to post more in a few weeks, if they make the SuperBowl?  Who knows.  So for now, one HTTYD image always leads to more — this one is called First Impressions.  I love this baby Night Fury seeing one of the eels that dragons just hate — longtime fans will remember how obsessed I am with Toothless and How to Train Your Dragon!

But Melissa has non-HTTYD dragons too, so up next is Red Dragon, a beautifully colored and adorable take on a Chinese dragon.  He belongs in an animated film of his own, don’t you think? 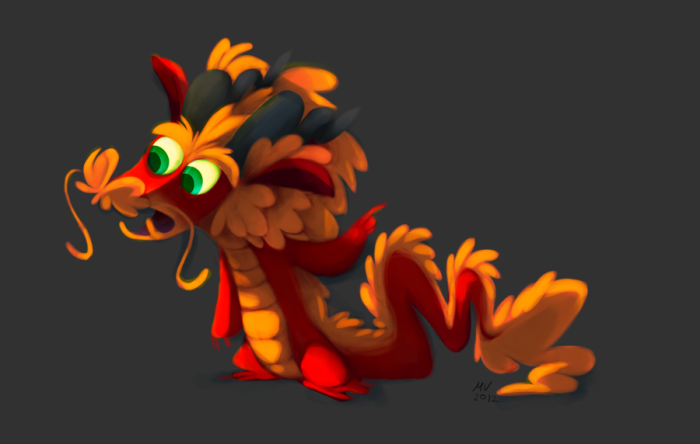 Then this next one is awesome, and in fact Melissa uses this piece as her header logo on her early blogspot site Sketchin Thoughts, where you can find her artwork up through 2014.  This is called Thinking in Shapes, a “little guy [she] found in [her] sketchbook.”  Adorable! 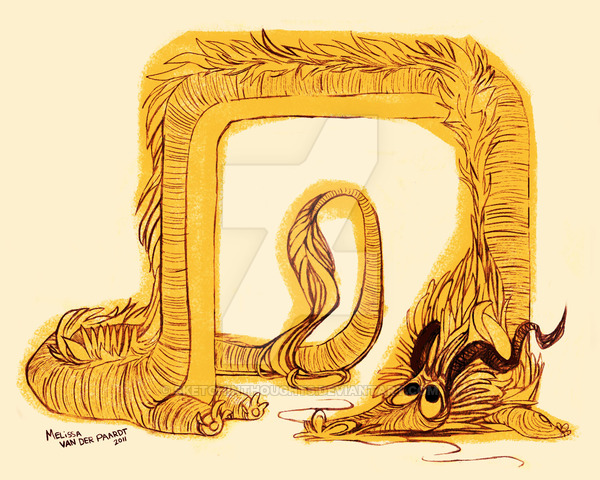 But then, of course, I found her Pokemon artwork, so I just had to share them too!  In fact, the reason this post is a day late (besides the fact I’ve been working on the novel class) is because yesterday I spent the day participating in the first Pokemon Go Community Day!

I usually only track about 8,000 steps per day, in part thanks to chasing Pokemon around downtown Minneapolis, but with the special event, I logged more than 19,000 steps yesterday!

It was amazingly fun — I caught myself a shiny Pikachu, and I got to show some of my non-downtown friends around my Pokemon hunting grounds — but it was also exhausting, so afterward I came home and took a nap instead of writing.

So first up in the Pokemon category, here is Dragonite Stamp.  I’d absolutely buy a book of these, and I bet she could create a whole series in this minimalist style that would be really popular! 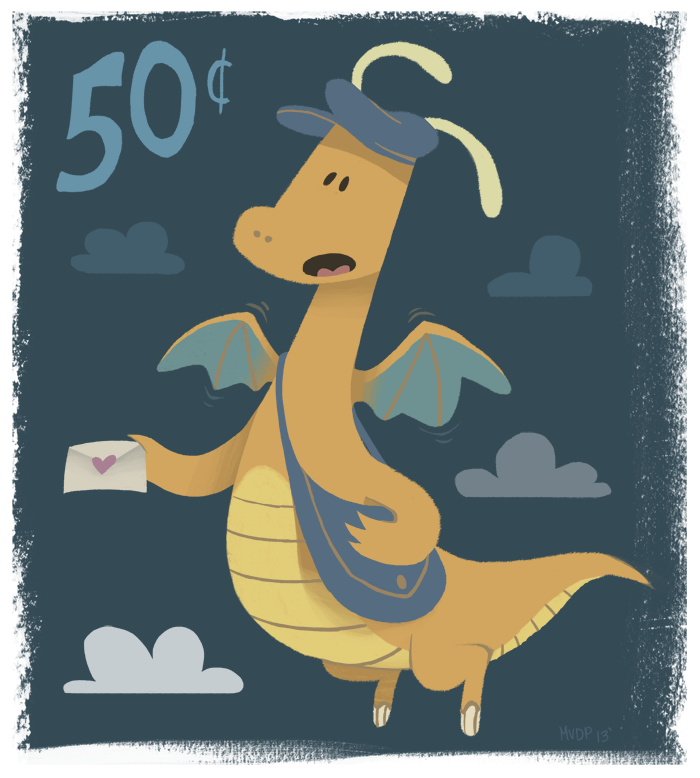 Then switching to a sketching style, this is Epic Gyarados created for fellow deviantartist TheFlyingSpoon.  (She has a few lovely pieces in her own gallery that you could check out as well.)  And while technically Gyarados isn’t a Dragon-type Pokemon (he’s Water/Flying), I’m not such a stickler for that rule — if it looks like a dragon, I’ll count it as one for my blog posts! 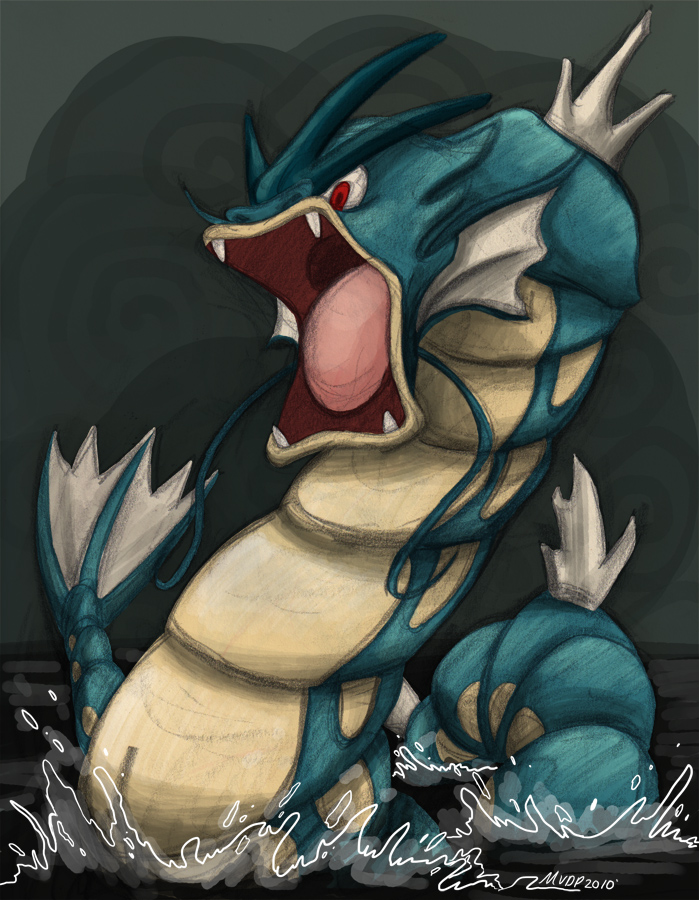 Which is why this next guy, in yet another completely different and awesome art style, gets to join the party — this is Charizard, which one of Melissa’s fans captioned, “Suspicious Charizard is suspicious.”  That expression is just great, right?  He’s also not technically a Dragon-type (he’s Fire/Flying), but he was too cute to leave out. 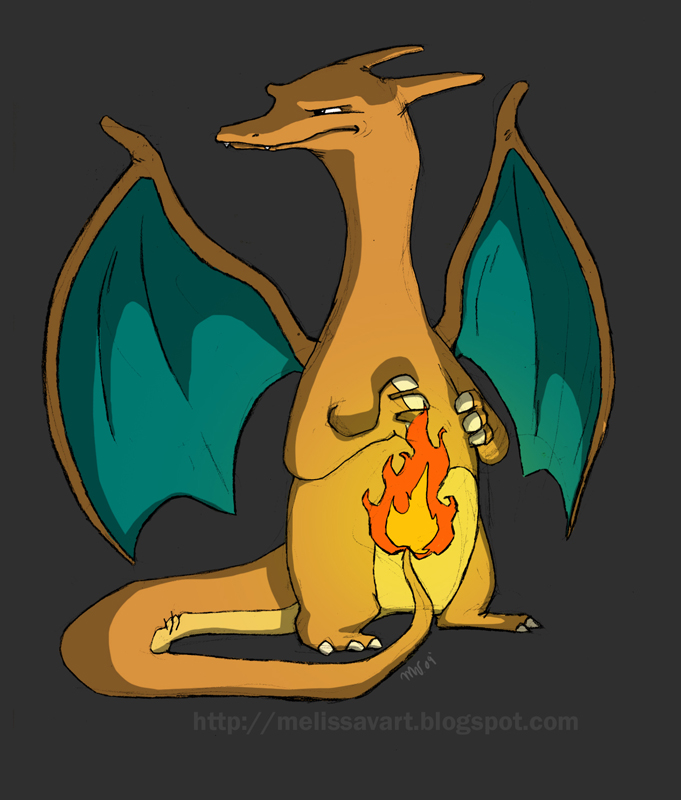 And finally for the Pokemon, we’re back to another actual Dragon-type — this is Tyrantrum, a Rock/Dragon Fossil Pokemon introduced in Gen 6, the X/Y games, and he also shows up in Ultra Sun/Moon.  He’s pretty cute here, but the images on Bulbapedia show quite a terrifying beast! 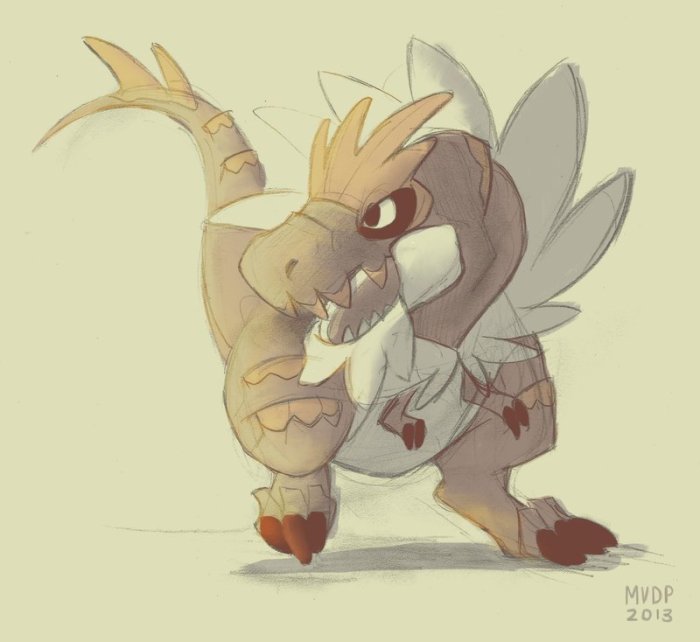 And finally, I have to share this amazing 3.5 minute animation that Melissa did for her third year film when she was a student at the California Institute of Arts.  I watched this for the first time the other night while I was sitting at a busy bar and doing the prep work for this post.  I didn’t even have the sound on, but even still, I had tears streaming down my face watching this amazing short animation, and I’m sure the other patrons thought I was nuts!

So I’m serious, be sure you grab your tissue box before you watch Taking Flight by Melissa van der Paardt:

You can find lots more of Melissa’s amazing artwork in her deviantart gallery and also follow her on Tumblr — her animal designs are really adorable.  Also make sure you check out the children’s books she’s illustrated for Simon & Schuster: the first is Mimi and Shu in I’ll Race You!, and second is Simon’s New Bed — a must-read for anyone with a big dog and small cat sharing a home!  Both were written by Christian Trimmer, but Melissa’s illustrations really bring them to life, I think!

Once again I’m planning to make up for my lateness by having another post out later this week, and I’ve already decided to feature one of my favorite artists, since I realized I haven’t shared them since last summer!  So hopefully I can get that out quick, and get back to working on the really thought-provoking writing assignments for my Finish Your Novel class.  It’s going really well, and I’m excited about Finding Dragons again!

Even though I’m a die-hard Packers fan, since they’re already out of the running and the Patriots are in it, I have to admit I’m rooting for the Vikings to win tonight and go on to play in the SuperBowl.  We’re hosting it here in Minneapolis, and SuperBowl events are already starting this week, so it’s going to be a fun time no matter what!  But since no team has ever played in the SuperBowl when they’ve also been the hosting stadium, it’d be really special if they could make it.

Thanks as always for reading, take care, and stay creative!