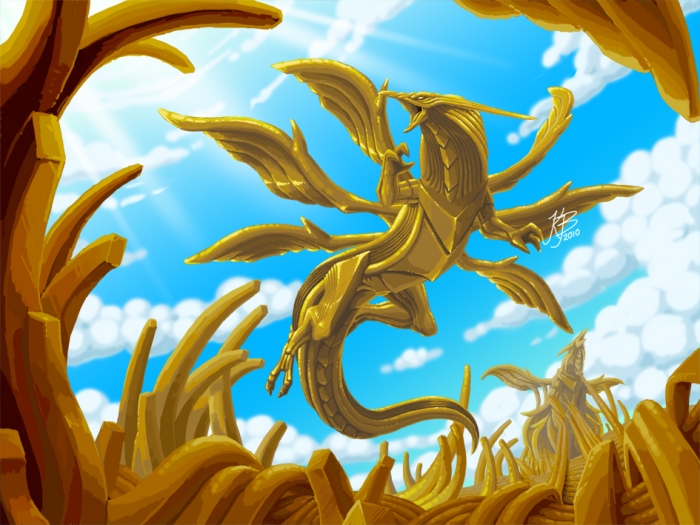 A new follower recently reminded me of my love for the Yu-Gi-Oh! fandom, so I thought I’d share this awesome fanart called Prime Material Dragon by Dutch deviantartist Karin J.B., posting as both EvilNightDragon and FoolishLittleMortal.  This is based on the Yu-Gi-Oh! trading card by the same name, and it’s a pretty powerful Level 6 Dragon with impressive special abilities.

Of course, it’s nothing compared to the Egyptian God Card called Slifer the Sky Dragon, a Level 10 Divine Beast that requires sacrifices to summon and ended plenty of duels in the animated series!  Here is Karin’s amazing Quick Slifer interpretation:

That is not a dragon to be messed with!  I love how she makes the dragon look appropriately massive with the curve in the horizon and the great detail in the clouds.

This next dragon isn’t from Yu-Gi-Oh!, but I loved Karin’s design of this Mechanical Dragon.  She goes into a lot of detail about her concept and design in her caption, explaining that it doesn’t have wings because it’s already too heavy to fly (as it’s made of metal), and that it attacks in three different phases: 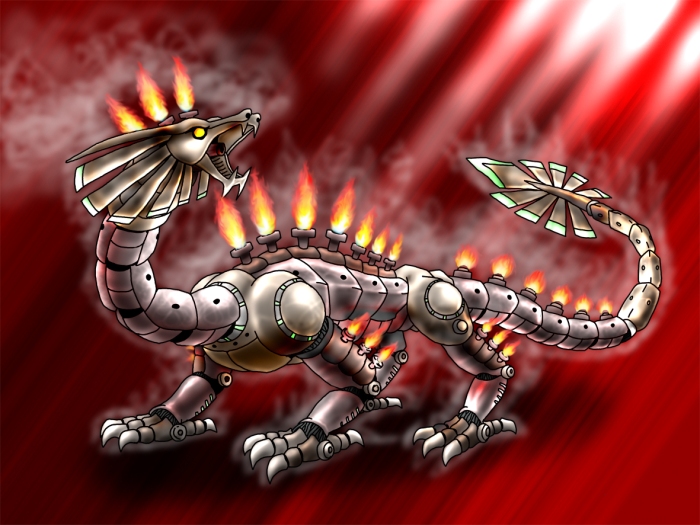 When facing an intruder it is most likely [to] first give off a warning sign by using the green lights and steam or smoke. Because of the steam/smoke the light will become visible as beams which are easily mistaken for lasers and therefore scaring away the intruder. If that doesn’t work it will activate the flamethrowers and roar loudly. When the intruder still won’t leave it will start to attack [with flamethrowers and steam].

She makes sure to explain that this dragon has some weaknesses as well, and that “Water, ice and snow are the best ways to fight it.”  I can definitely picture this dragon in a steampunk setting, perhaps as a guard animal at a factory?  It’s too bad I’m not putting dragons in the Neeka story, since it would be neat to see him in the setting I’m currently writing.  (Someday I will post this chapter that’s so vexing me, I promise.  At least I’ve been writing again, so that’s something!)

Finally, I just have to share one more Yu-Gi-Oh piece by Karin because it’s just so adorable.  This is called When you can’t get a dog… and shows a young Pegasus (one of the main villains in the animated series!) playing with a “Toon” (cartoon) version of his Blue Eyes White Dragon: 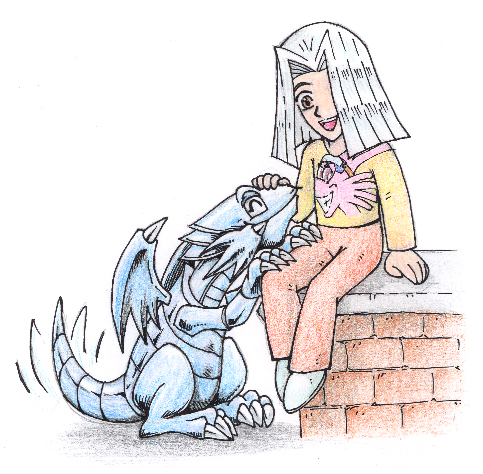 You can find more of Karin’s great artwork at her deviantart galleries, either under EvilNightDragon or her main account FoolishLittleMortal.

All right, that’s it for me this week — as always, thank you for reading, take care, and stay creative!