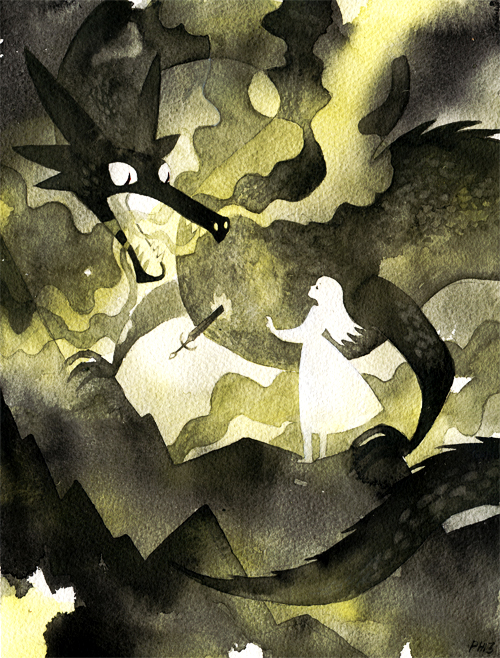 I apologize for being away, but I found the perfect art to bring me back today.  This is A Heart of a Dragon by Finnish professional artist Pauliina Hannuniemi, posting as pettryb.  I believe the girl in this piece is there to heal the dragon’s heart — and I’ve been working on my own healing these last few weeks as well.

Even though I’ve suffered a setback, perhaps I have the heart of a dragon after all, and I’m determined to move forward again.  To that end, I plan to get back to posting awesome dragon art here at least once per week, and also get back to my own stories, so stay tuned for more updates.  (Yes, that means finishing AtoZ 2017 is on hold for a time, but I hope to get my final letters, X, Y, and Z, finished eventually.)

And since I’ve been neglecting you, my dear readers, I thought I’d come back with a super-sized dragon art post this week!

This next one by Pauliina is called Dany and Drogon.  She captions it, “Digital collage I did for Beyond the Wall Game of Thrones fanzine [in 2014], put together by Eva Eskelinen … [and featuring] 18 different Finnish artists.”  I’m just loving this only seven episodes long, and already two episodes over, penultimate season of HBO’s Game of Thrones — how about you?

Then we have To The Rescue, which Pauliina captions, “The dragon tried his best to save the princess, but that prince was seriously evil.”  As I alluded to above, this artist likes to turn the dragon/princess trope around, with more examples below. 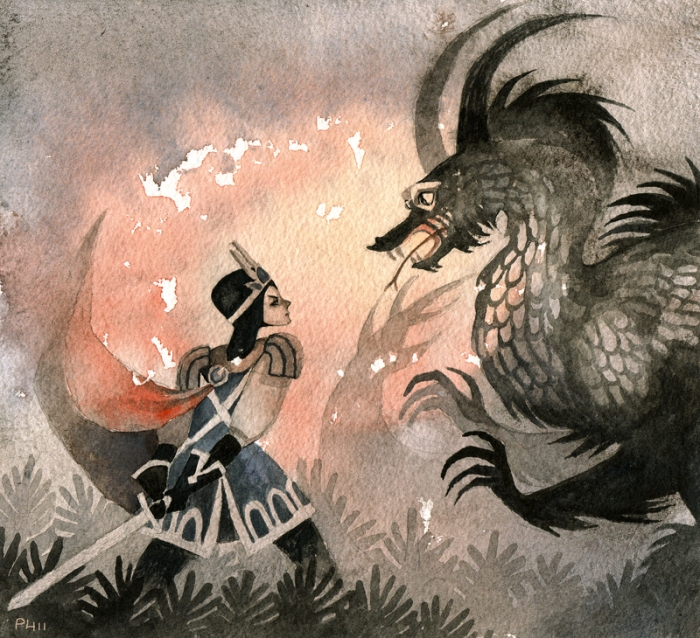 Up next is the oddly titled, but very sweet, piece called What a Fine Nostril.  I can see why the artist called it that (lol), but no matter, I really love her art style!  She captions this one simply, “I like painting pretty girls and dragons,” and she’s very good at it too, I think! 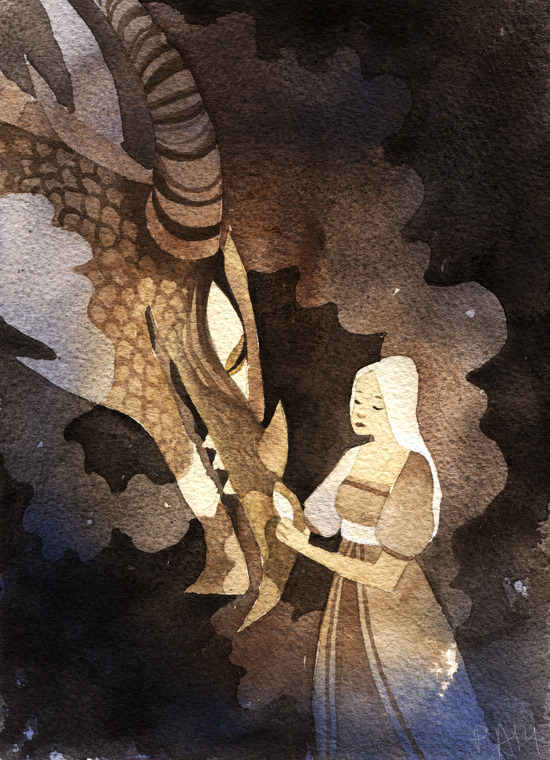 Next up, this is Final Battles.  Once again, despite the slightly ominous title, I think this image — captioned “Dragon knight and her valiant friend” — could be of a dragon and rider headed into the last conflict to win the day!  I really like the different ways Pauliina depicts scales in her artwork, too. 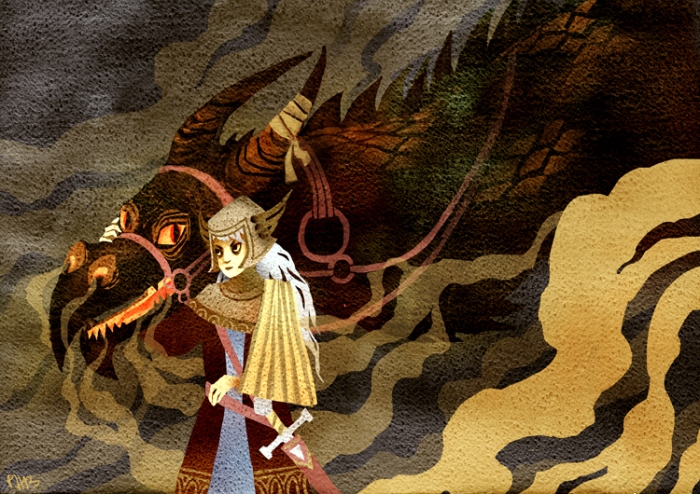 And then finally, here is All’s Well That Ends Well.  Once again, Pauliina turns the dragon/princess trope around, and captions it with a lovely 60-word flash fiction story:

The prince of the far, far away land wanted to marry the princess, but she rejected him. As a punishment the princess was sent to a lair of a dragon so that it would kill her.

But as soon as the dragon and the princess saw each other they fell madly in love and lived happily ever after. The end!

How sweet!  And a nice way to end tonight as well, because I’m feeling optimistic after writing another post after so long.  Be sure to check out more great art at Pauliina’s deviantart gallery, as well as her Behance portfolio, Tumblr, and really amazing Redbubble shop.

As always, thank you so much for reading, and be sure to follow me on Facebook and Twitter to get my latest posts!  Take care, and stay creative!

3 thoughts on “A Heart of a Dragon by Pauliina Hannuniemi”