So today’s Blogging 101 Day 3 assignment is to follow five new tags in the WordPress Reader, and also five new blogs. When I first started this blogging adventure, I only glanced at the Reader occasionally, thinking I was “too busy” to read other people’s stuff while I tried to write a post a day here, and finish my book besides. I have since discovered how absolutely wrong I was!

After I posted my first comment on The Commons two days ago, asking people to check out my “Why Writing Dragons” introductory post, I couldn’t help but scroll down through some of the other comments that had come before mine, notes from people doing the exact same thing — putting themselves and their work out there, some proudly, some timidly, but all seeking a connection with other bloggers, wanting to share their stories and ideas with the world.

Of course I had to read and follow some immediately! I found blogs with lots of photos, blogs with random musings, blogs made by other authors, in my genre and not, and this was just as I tried to keep up with those who were following me (once again, thank you!).

People have clever names for themselves and their blogs, like one of my early favorites, @leet_g33k, which resonated with me from my high school online and IRC days — I called myself “Digital Rose” back then, thought I can’t remember the “l33t” spelling. Leet_g33k was nice enough to comment on my intro post, and told me he was excited for me because “using brain magic to create worlds is the holiest of experiences.” I quite agree, although I hadn’t ever thought to call my writing “brain magic” (a term I think he coined) before now!

So later tonight, I do plan to find a few new blogs on my own, specifically searching out some LGBTQ+ writers, since I realized I’ve talked a little bit about my book already, without even mentioning one of the main aspects of the series — many of my characters are queer. There is no “heteronormative” in my world, because I’m attempting to hit the trifecta of representation with Finding Dragons:

My main character is a “Person of Color,” as are the other three initial protagonists; they’ll meet many other people on their journey, some PoC and some not, but they won’t always be defined by their skin color;

Of the initial four, two fall toward the straight end of the spectrum, one is gay, and one is bisexual; later they will meet other people who are all over the spectrum themselves, including a trans character, but their love lives aren’t really the point of the story; I hope they are well-rounded characters, and their sexualities, while being addressed, are just a part of that; and

The two lead characters are both female (one straight and one bi), and this is their Hero’s Journey.

I know that these three groups are getting more and more representation in genre fiction with every passing year, and I hope to be a part of that continuing trend. I hope you will accompany me on this journey.

As always, thank you for reading this, and a special shout-out today to Canada! I loved watching my stats page today (that’s going to become a bad habit, I can tell) and seeing that most of my hits were from our “Neighbor to the North,” thank you! Also, a shout out to Croatia, Japan, and Germany! I can’t believe people in other countries are reading what I’m writing. It’s a very weird experience, but I’m honored, really.

Okay, now I’m off to continue writing/reworking that first chapter.  I’m currently trying to describe, with enough detail and sense of scale, the view from the inside of a huge six-sided pyramid made of translucent quartz crystal blocks, complete with (magical) natural details and a viewing balcony, where a terrible ceremony might be about to take place. I’ve only got four more days to finish this, wish me luck!! 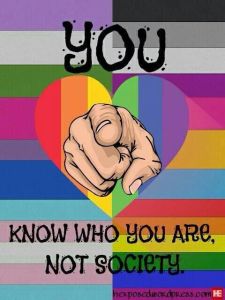